NEW YORK, NY - October 7, 2015 - Kino Lorber announces the Blu-ray and DVD release of Tu Dors Nicole, a film by Stéphane Lafleur that tells the story of two friends, lost and directionless in a small Quebec town after graduating from college. The film, which was a New York Times Critic's Pick, won Best Canadian Film, Best Actress in a Canadian Film (Julianne Côté), and Best Supporting Actor in a Canadian Film (Marc-André Grondin) at the Vancouver Film Critics Circle Awards, and was released theatrically by Kino Lorber earlier in 2015, opening at New York's Lincoln Plaza Cinemas in May.

Tu Dors Nicole is set to street on Blu-ray and DVD on October 27, 2015, with a SRP of $34.95 for the Blu-ray and $29.95 for the DVD. Bonus features include deleted scenes and a trailer, and included with the Blu-ray edition, a booklet essay by Vadim Rizov. 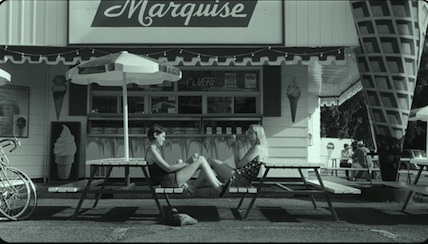 Synopsis:
Nicole (Julianne Côté) is adrift after college graduation, working a dead-end summer job in her small Quebec hometown and spending evenings with her best pal, Véronique (Catherine St-Laurent). When her older brother Rémi (Marc-André Grondin) unexpectedly returns with his bandmates in tow, disrupting the girls' half-baked summer, it becomes clear to Nicole that something must and will change.

"Shot on gorgeous black-and-white 35mm" (A.A. Dowd, The A.V. Club), and infused with a sultry melancholy, Tu Dors Nicole brilliantly captures that liminal stage where the fading yet familiar attachments of childhood still seem far more appealing, precious, and real than the sterility of the grown-up world. 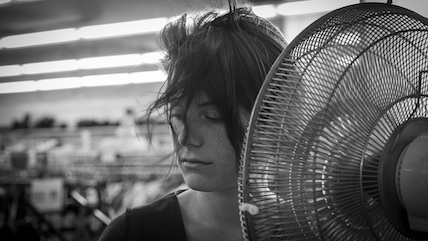