NEW YORK, NY - OCTOBER 9, 2015 - Kino Lorber announces the Blu-ray and DVD release of GÜEROS, the acclaimed debut feature by Alonso Ruizpalacios that won five Ariels (Mexican Academy Awards) including Best Picture and Best Director and has been called "A sly, insouciant masterpiece" (Godfrey Cheshire, RogerEbert.com) and "Sweetly nostalgic and exuberantly now" (A.O. Scott, The New York Times). The film follows a group of young slackers in Mexico City, lost and directionless during a university strike, who embark on a voyage of self-discovery across the city.

Released theatrically by Kino Lorber earlier in 2015, GÜEROS opened at New York's Film Forum in May before moving on to other national markets including Los Angeles, San Francisco, San Diego, Denver, Houston, Oakland, Nashville, and Portland, ME. GÜEROS was also a hit at over a dozen international festivals, winning the Best First Feature Film award at the Berlin Film Festival, Best Cinematography at the Tribeca Film Festival, and Special Jury Mention for Screenwriting - New Auteurs Audience Award at AFI Fest, among other prestigious awards. 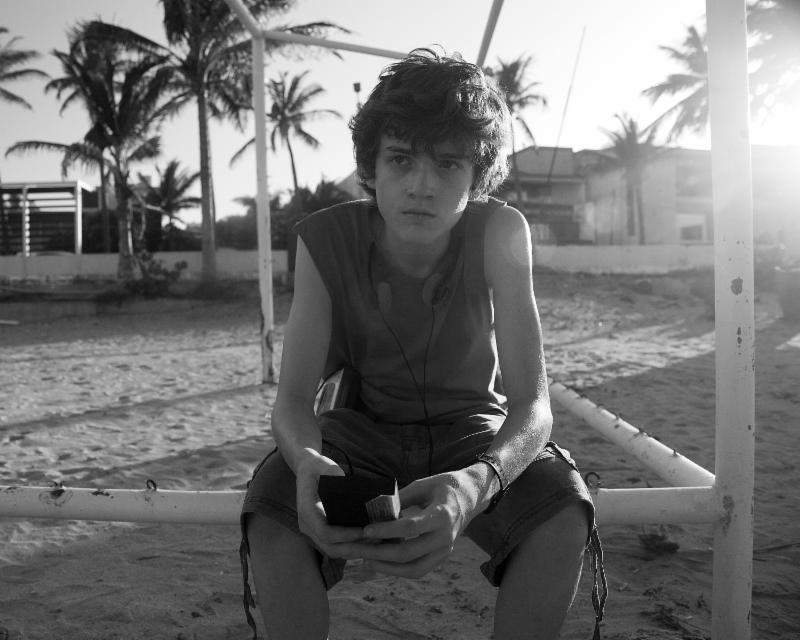 GÜEROS will become available on Blu-ray and DVD on October 20th, with a SRP of $34.95 for the Blu-ray and $29.95 for the DVD. Special features include deleted scenes, an interview with the director, two short films by Alonso Ruizpalacios, the trailer and, with the Blu-ray, a booklet essay by film critic Godfrey Cheshire.

Synopsis:
Ever since the National University strike broke out, Sombra (Tenoch Huerta) and Santos (Leonardo Ortizgris) have been living in angst-ridden limbo. Education-less, motionless, purposeless, and unsure of what the strike will bring, they begin to look for strange ways to kill time. But their idiosyncratic routine is interrupted by the unexpected arrival of Tomás (Sebastián Aguirre), Sombra's kid brother. Unable to fit in amongst these older slackers, Tomás discovers that unsung Mexican folk-rock hero Epigmenio Cruz (Alfonso Charpener) has been hospitalized somewhere in the city. Tomás convinces Sombra and Santos that they must track him down in order to pay their final respects. But what they thought would be a simple trip to find their childhood idol soon becomes a voyage of self-discovery across Mexico City's invisible frontiers.
Güeros
Blu-ray and DVD Street Date: October 20, 2015
DVD SRP    $29.95
DVD UPC    738329186326
BD SRP    $34.95
BD UPC    738329186425
Special Features:
Booklet essay by Godfrey Cheshire (Blu-ray only)
Deleted Scenes
Interview with the Director
Two short films by Alonso Ruizpalacios
Trailer