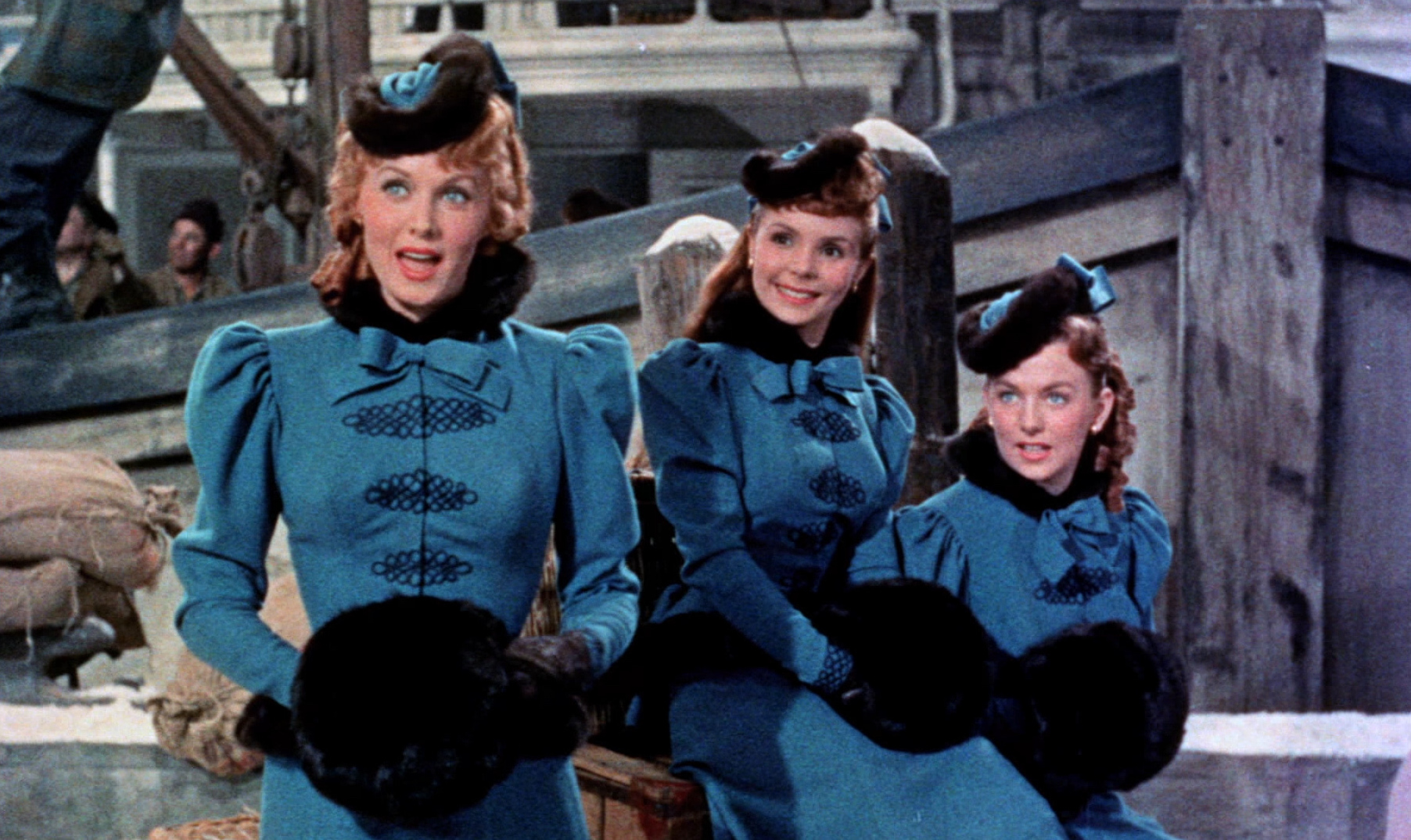 
Newly Restored in HD and 3-D from 2K Scans! A married woman (Agnes Moorehead) takes her four unmarried redheaded daughters (Rhonda Fleming, Teresa Brewer, Cynthia and Kay Bell of The Bell Sisters) to Alaska during the 1898 Gold Rush so they could help their father run his newspaper. All four are members of the singing sister act The Edmonds Sisters, and upon arriving in Yukon they find out their father was murdered. The four heroines get work at the saloon owned by Johnny Kisco (Gene Barry). Kathie Edmonds (Fleming) searches for her father’s murderer, who may or may not be Kisco. Hollywood veteran Lewis R. Foster directed this wonderful and colorful musical, which was the first ever 3-D musical and the first widescreen film released by Paramount Pictures.

"Those Redheads from Seattle, the first 3D musical and the first widescreen film produced at Paramount, gets a valuable face-lift for home video courtesy of the 3-D Film Archive and Kino Lorber Studio Classics. For fans of musicals, the stars, or 3D, the movie despite its fluff and artifice is good fun and well worth owning. Recommended!"

"The KL Studio Classics 3-D Blu-ray of Those Redheads from Seattle is a polished presentation of a rare film. The 3-D Film Archive has restored its original 3-D and proper aspect ratio, rescued the color beyond expectations and cleverly replicated the original 3-track stereo mix. Fear not, 2-D viewers, for the disc has a ‘view flat’ option."