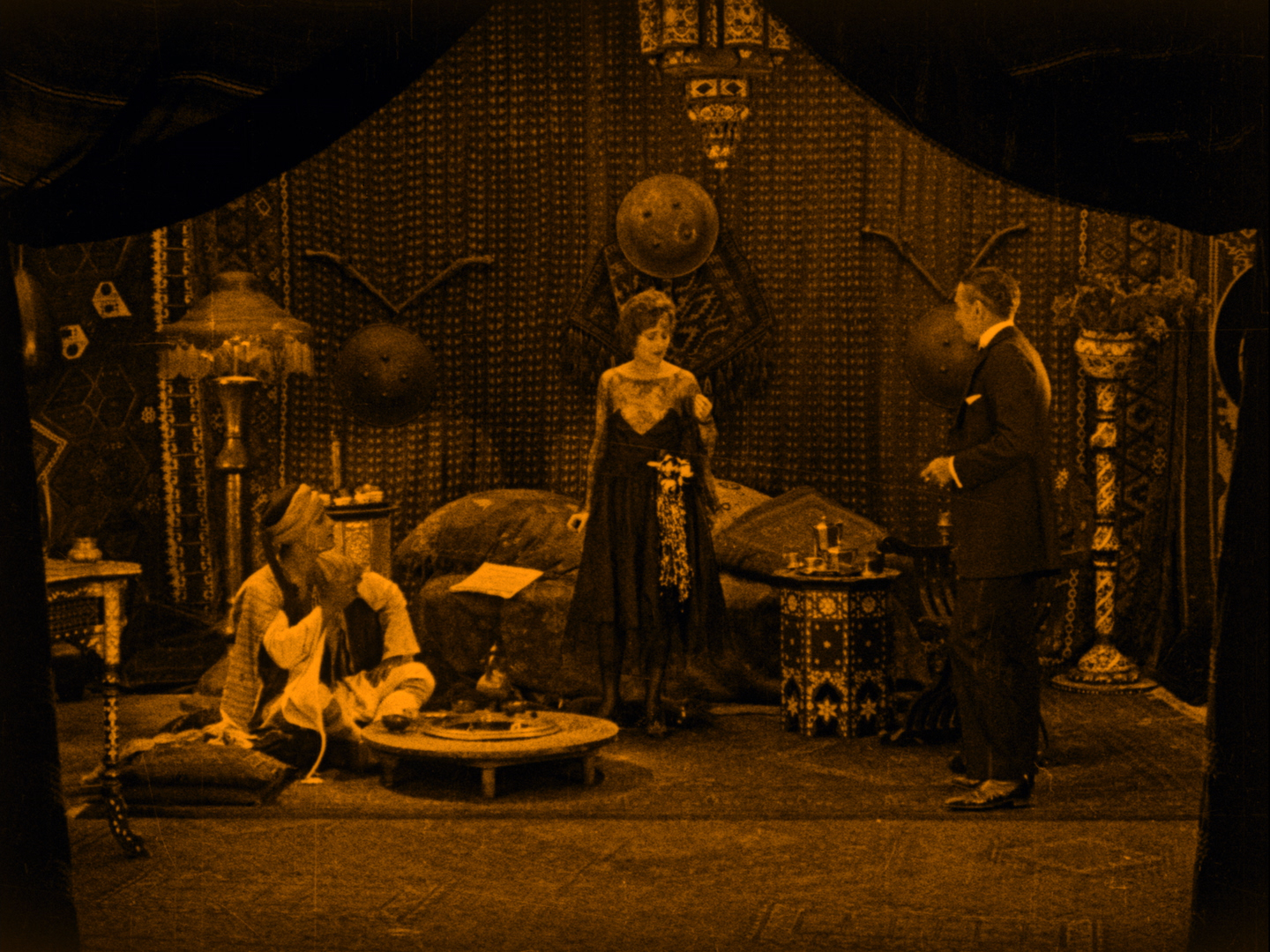 
Hollywood's first male sex symbol, Rudolph Valentino, appears in his most iconic roles in The Sheik (1921). Agnes Ayres stars as Lady Diana Mayo, a headstrong Western woman who infiltrates the private party of the handsome Sheik Ahmed Ben Hassan (Valentino). When the Sheik later encounters Diana in the desert, he abducts her and takes her to his sumptuous lair. Unable to resist the Sheik's cruel magnetism, Diana's defiant nature crumbles and she begins to develop affectionate feelings for her captor. The Sheik plays upson a long tradition of Orientalism in Western art, which romanticized the sands of Northern Africa as a hotbed or seduction and captivity.