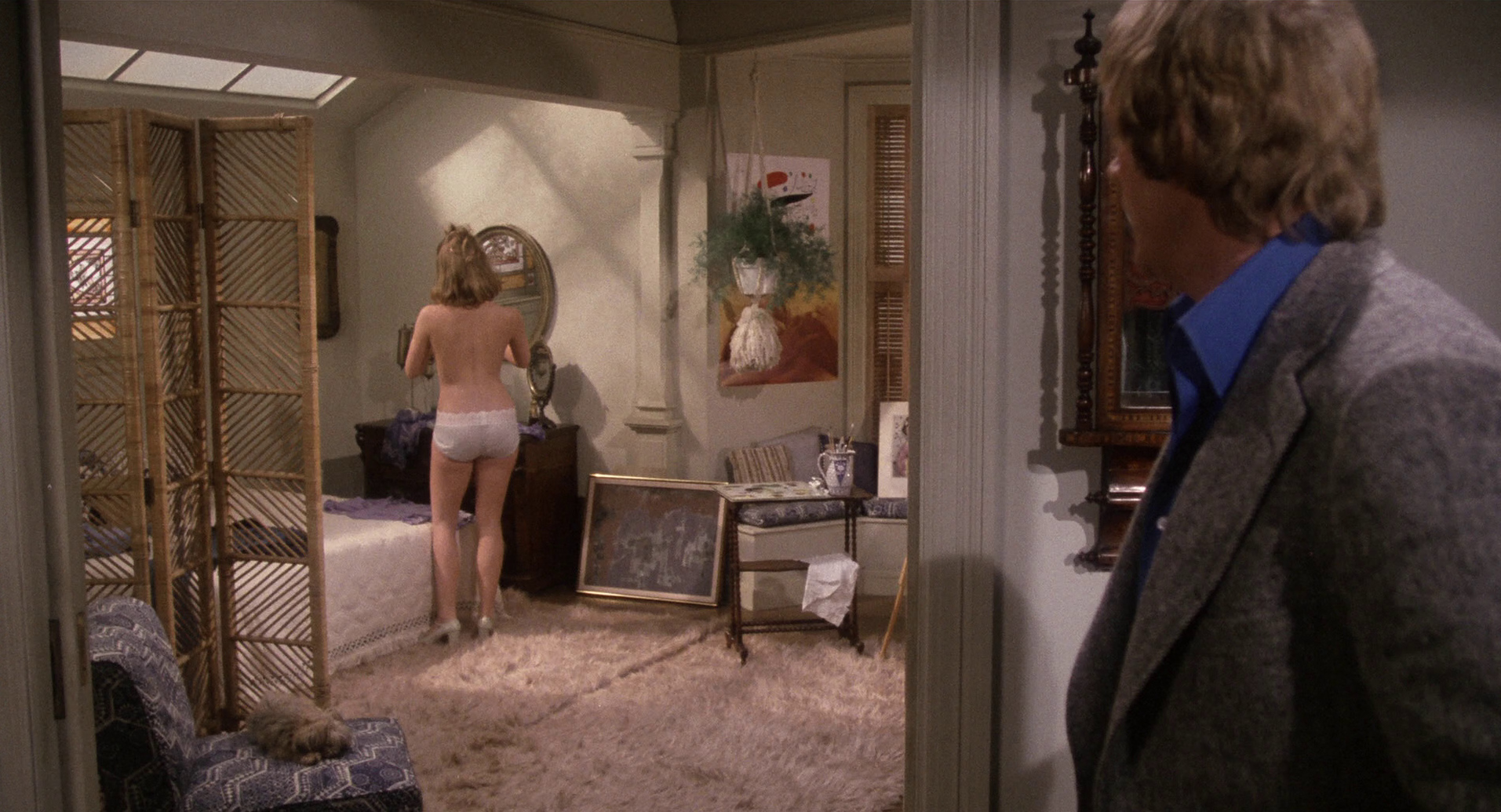 A bank robber is forced to dump his stolen cash into a mailbox while making his getaway, which he then finds is locked until midnight, forcing him to wait until the... Read more 
Brand New HD Master from a 4K Scan of the Original 35mm Negative by Paramount Pictures Archives! From Paul Wendkos, the director of The Mephisto Waltz, Cannon for Cordoba and Guns of the Magnificent Seven comes this stylish heist film starring badass Bo Svenson (Walking Tall Part II, Breaking Point) and beautiful Cybill Shepherd (Taxi Driver, Once Upon a Crime). A gang of thieves plan a daring bank robbery, making their escape across the rooftops of Los Angeles. The police are quickly called in, however, and only one of the robbers, Murdock (Svenson), makes a clean getaway. Unfortunately, in order to do so, he is forced to dump the stolen cash into a mailbox, which he then finds is locked until midnight, forcing him to wait until the mailman makes his late-night pickup. As he waits, he discovers that his hiding place has been observed by several other people, all of whom want a share of the loot. The stellar cast includes Tom Atkins (Halloween III: Season of the Witch), Sorrel Booke (Bank Shot), Gerrit Graham (Beware! The Blob), Michael C. Gwynn (Harry in Your Pocket), Jeff Goldblum (The Fly), Vic Tayback (Thunderbolt and Lightfoot), Robert Ito (Dimension 5), Kim Richards (Tuff Turf), Deidre Hall (TV’s Days of Our Lives), Ed Peck (Bullitt) and John Quade (Every Which Way But Loose).