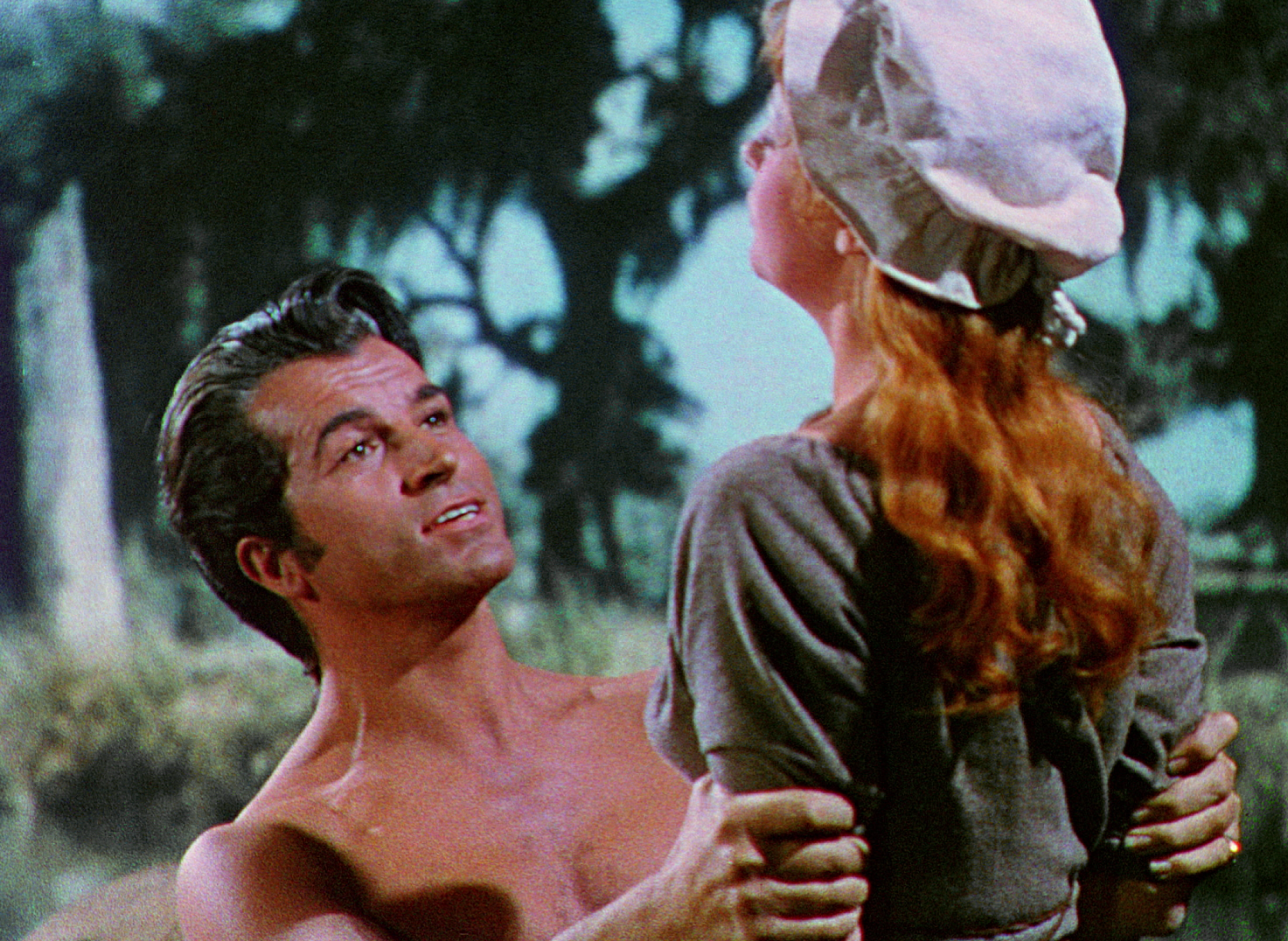 Dr. Carlos Morales (Fernando Lamas) is an indentured servant who rises to power in Georgia shortly after the Revolutionary War. 
Newly Remastered in HD from 4K of the original camera negative and a 2K scans of the interpositive – 3-D restoration by 3-D Film Archive! After the Revolutionary War, the dying General Darby (Lester Matthews, The Raven) bequeaths his Georgia plantation to Dr. Carlos Morales (Fernando Lamas, Jivaro), the son of an indentured servant who has been raised and educated by Darby. The general’s daughter (Arlene Dahl, Journey to the Center of the Earth) tries to break her father’s will in order to control the estate and stop the creation of a group of free medical clinics for the poor to be overseen by Carlos. The true culprits behind her opposition are her fiancé, Harvey Bristol (John Sutton, Jane Eyre), and his father, Dr. Bristol (Francis L. Sullivan, Joan of Arc), who have their eyes set on the Darby holdings. A plague outbreak in Savannah complicates matters further in Sangaree, the first three-dimensional film in Technicolor, directed by Hollywood veteran Edward Ludwig (Big Jim McLain).

Click here to learn more at Kino Lorber Edu. Interested in bringing Sangaree 3D to your school or library? If you'd like to have an in-class viewing, on-campus screening, or purchase the DVD for your library's collection, please visit our site or contact Estelle Grosso at EDU@kinolorber.com or call (212) 629-6880 with your request.